Main Astronomical Observatory of NAS of Ukraine was founded July 17, 1944 on the initiative of famous scientist, astronomer and geophysicist O.Ya. Orlov (1880 - 1954). It is located 12 km from the center of Kyiv Holosiiv forest (hence its unofficial name - Holosiivska).

Observatory takes a leading place in many areas of astronomy, such as the study of Earth's rotation and construction of coordinate systems in space, physics photosphere of the Sun and solar system formation and evolution of stars and galaxies, and others.

In the MAO the  Specialized Scientific Council for doctoral and master's theses in physics and mathematics works in the fields:

Achievements of Observatory scientists more than once won State awards and medals of the USSR and Ukraine in the field of science and technology, awards of NAS of Ukraine, the Cabinet of Ministers and the Verkhovna Rada of Ukraine, international awards, among them "Dr. Demyaniv Foundation. For peace and freedom of Ukraine" and EU Descartes Prize 2003, the medal named. Yuri Gagarin and the Order "For Merit".

In 2004, MAO was awarded by Certificate of Honor of the Cabinet of Ministers of Ukraine in connection with 60 - the anniversary of MAO, and the minor planet number 15675 was named "Holosyeyevo" in honor of Holosiivska Observatory.

The Observatory has eight academic departments: physics of stars and galaxies, astrometry and space geodynamics, physics of planetary systems, solar physics, physics of atmospheric optics and instrumentation as well as Astro/Space Information and Computing Centre (ASICC). 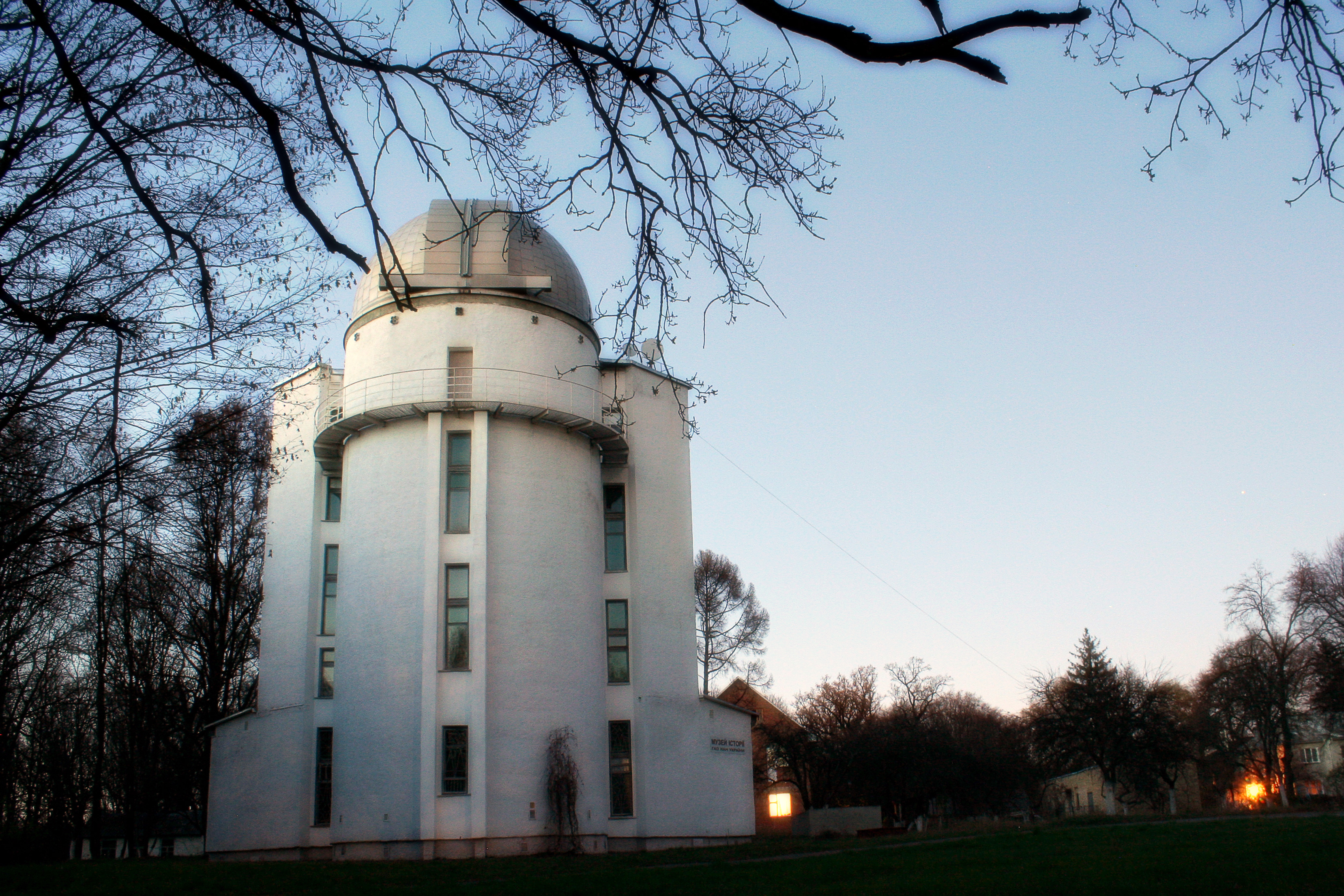 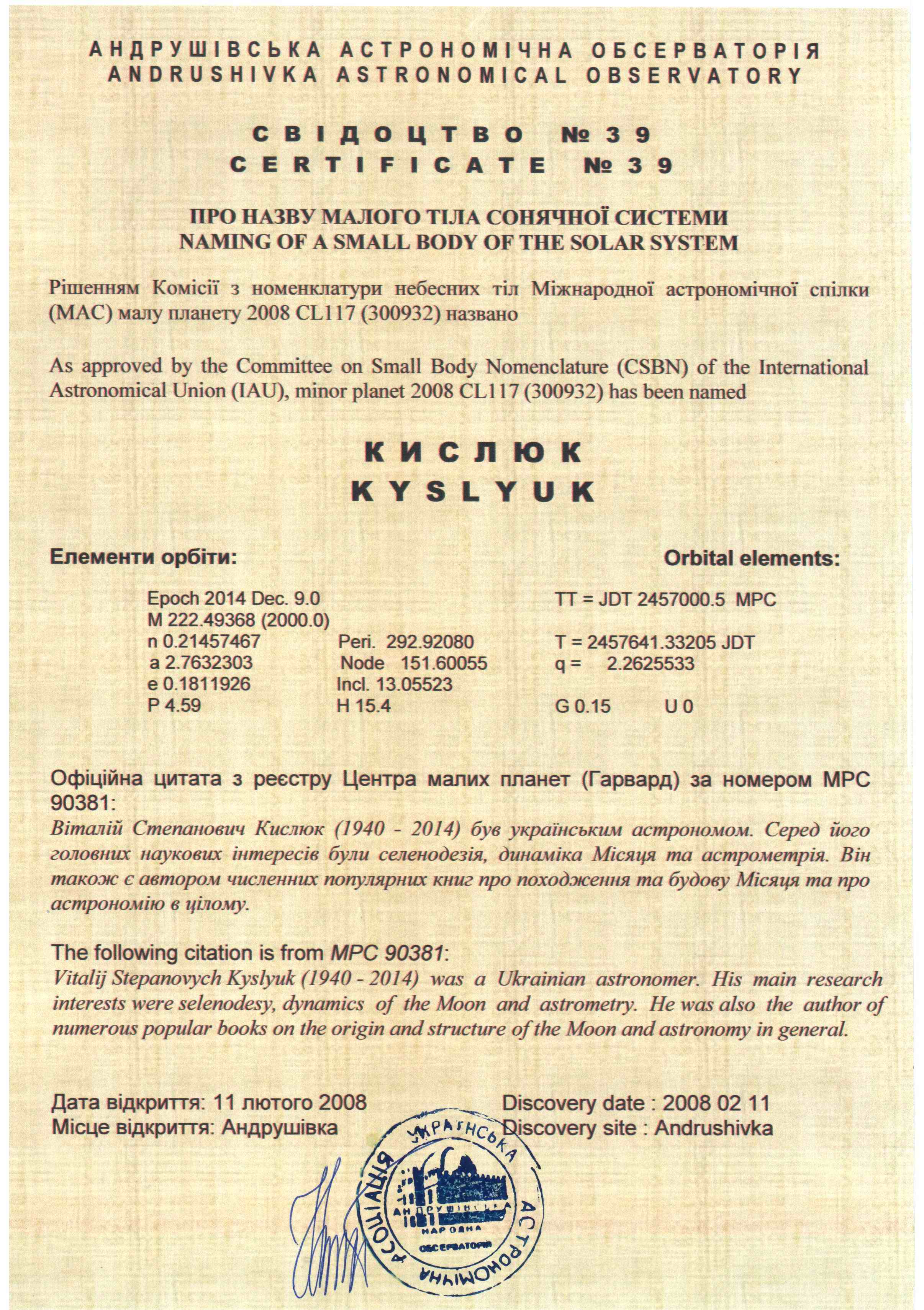 NAMES OF MAO SCIENTISTS IN SPACE

The State Prize of Ukraine in the field of science and technology:

1986: V.G. Parusimov in the group of authors for the work «Analogous and digital processing of astronomic observations»

1998: D.Ya. Yatskiv in the group of authors for the work «Physical bases, development and creation of highly stable laser systems for metrology, analytical measurements and fundamental research»

The State Prize of the USSR in the field of science and technology:

1986: Ya.S. Yatskiv in the group of authors for the development of the scientific complex of the space mission to Halley's Comet.