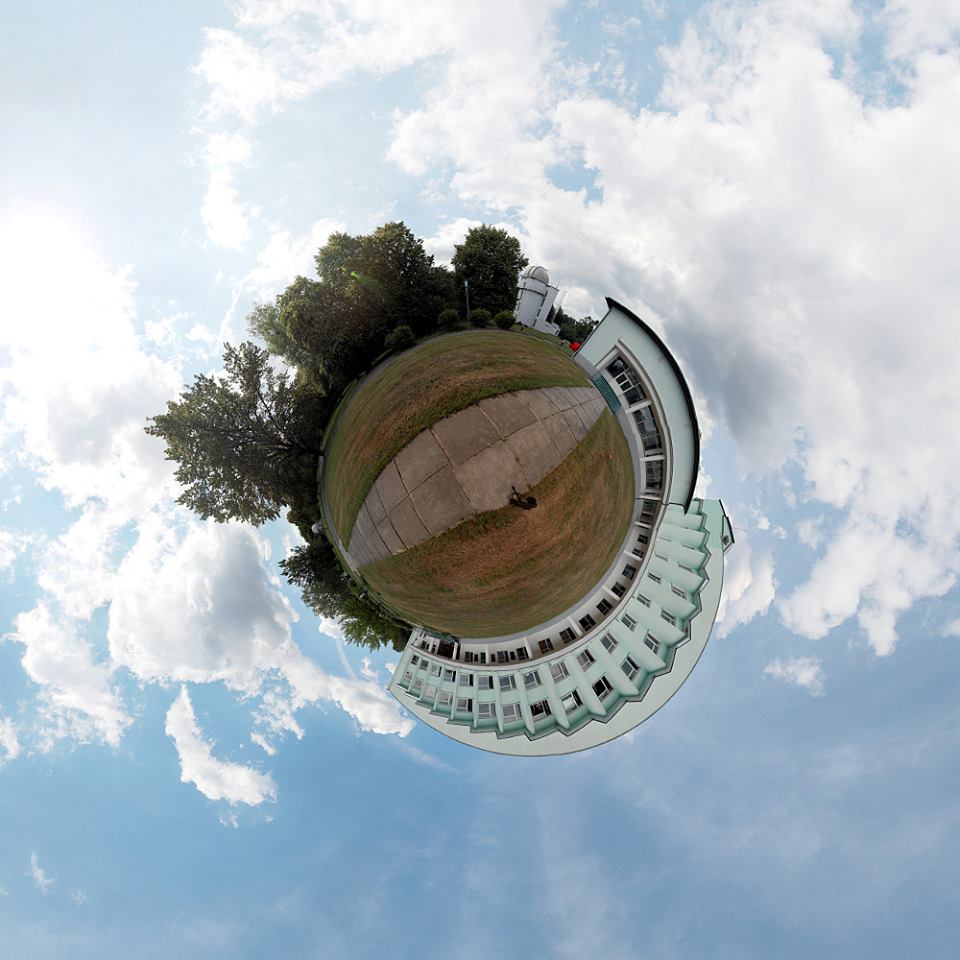 The Laboratory of Astrometry

The Laboratory of astrometry was founded in January 2014 on the base of the astrometry department.

The observational base of the laboratory is presented by Axial Meridional Circle with CCD receiver (F=2.3 m, D=18 cm).

The purpose of research: Creating a stellar catalog to study the structure and kinematics of star systems, including open star clusters and stars with large proper motions; the enhancement ICRF / Hipparcos system to stars dawn to 17m (V); Search of binary systems of brown dwarfs and determination of their parameters; astrometry of minor bodies of the Solar System.

Methods: Collection of astrometric and astrophysical data in existing stellar catalogues to create a compilation of catalogs for special purposes; Stellar statistical analysis of compiled and created catalogs; astrometric processing of photographic and CCD observations of celestial objects; submilisecond astrometry by telescopes in class 8-10 m; Experimental and theoretical research.

Results: Based on the 2MASS catalogs and the PPMXL catalog 2MAst catalogue was created. It includes high-precision coordinates of stars and their proper motions in ICRS system and the magnitudes of the IR bands J, H, Ks for 470 million stars with the limited star magnitude Ks ~ 18. Using the 2MAst as a tool, we completed a global review MWSC (Milky Way Star clusters) of all currently known clusters and cluster candidates in the Galaxy, and conducted a search for new clusters. 3210 star clusters were confirmed, 3012 of them are the copen clusters, 147 - globular star clusters and 51 - the stellar associations. For all of 3210 clusters the uniform parameters were specified, such as population (complex probability of star cluster membership), structural ones (size, tidal parameters), spatial and kinematic parameters (distance, redness, proper motions, radial velocities) astrophysical (age, integrated magnitudes) parameters of the clusters. Thus, we filled the gaps in the existing list of star clusters of the Galaxy, numbering to date around 2200 objects, and in all types of settings. MWSC sample reaches the central part of the Galaxy, and its most external parts, the fullness is achieved within 2 kpc from the Sun. Age range of studied clusters covers the full range of ages from one million years till the limiting age of the Galaxy. This full total sky review is the first in the world and currently has neither quantitative nor qualitative analogues.

A series of high-precision astrometric observational programs at VLT telescope with cameras and FORS2 HAWK-I telescope and the GTC OSIRIS camera were made to detect brown dwarfs' satellites and to determin orbits and mass components of dwarf systems. The precision of the astrometry is 0.1 mas for stars of 17-18 magnitude. Two new binary systems were opened and their parameters received. To dwarf binary system Luhman16 proved no existence of the third declared component of a giant mass. Trigonometric parallaxes for more than 20 dwarfs were difined with a relative error of 0.2%. It is established that the probability of the presence of giant planets with masses ≥5 Jupiter mass at intermediate distances of 0.01 - 0.8 AU on the orbits around M8 - L2 dwarfs is 9%. A catalog of proper motions and parallaxes of 12,000 stars in the magnitude range I = 16 - 22m, and the accuracy of the parallaxes of stars with ~ 16 - 18m is of ~ 0.1 mas. The achieved precision of astrometric measurements significantly exceeds the known world results.

The unique array of photographic observations in the framework of FON (1980–1994) program was digitized and processed. The array contains around 2400 plates for declination range -2° - +90°. Two versions of catalogue, processed with different methods were received. The FON2.0 version includes data for near 15 million stars. The postional errors of catalogue objects are σRA cos DEC = σDEC ± 0.2”, and the photometric one is σB = ± 0.14m for stars with В~14-15m. The FON2.1 version of the catalogue contains 2 million entriesfor declination zone +58° - +90° with the improved positional and photometric accuracies σRA cos DEC = σDEC ± 0.2”, σB = ± 0.10m for stars with B~14-15m.

CCD observations with meridian axial circle (MAC)? obtained in 2001-2015 resulted in catalogues of stars in equatorial zone КМАС2 and КМАС3. The catalogues contain positions and V magnitudes of 3 million 140 thousand of stars and galaxies down to 17m (V) in the declination zone 0 - +5.5°. The positional and photometric accuracy of catalogues meets the up-to-date world standards.

The catalogue of stars with great proper motions has been supplemented with data. Up to date it includes records for 4 million 500 thousand stars and 879 references to catalogues and other published sources. The unique software package for the astrometric processing of scanned digital images has been developed. The software is widely used for the astrometric determinations based on CCD and photographic observations in astronomical institutions of Ukraine.