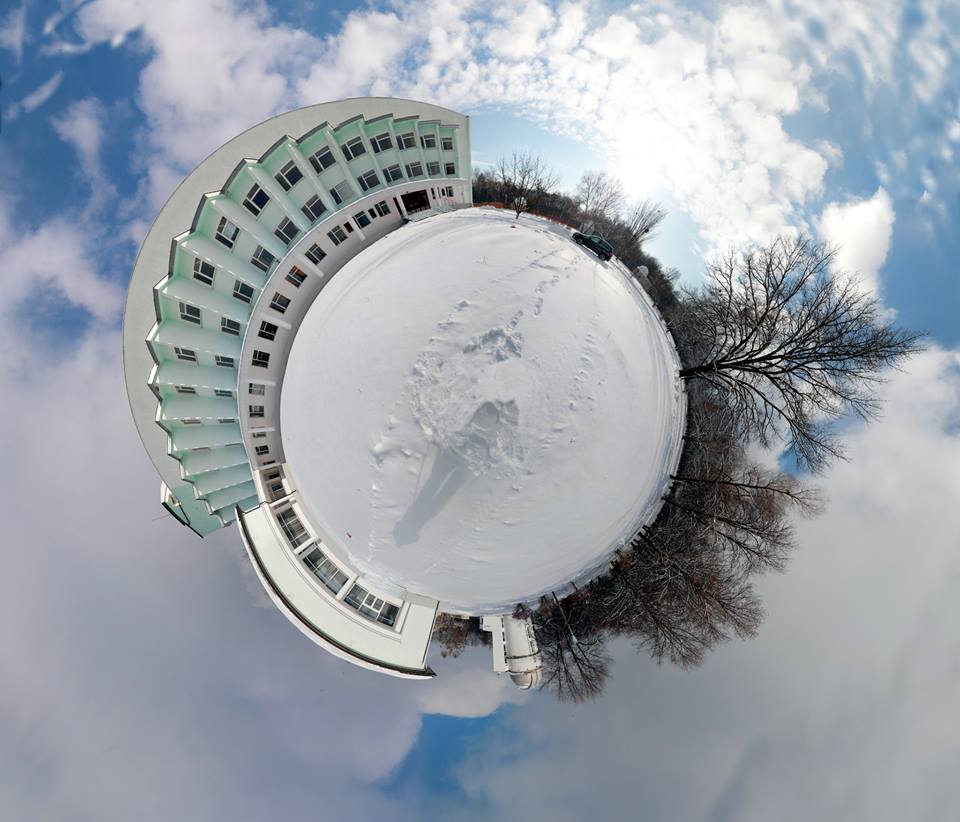 The ASICC maintains the Observatory's local network of about 200 personal computers. 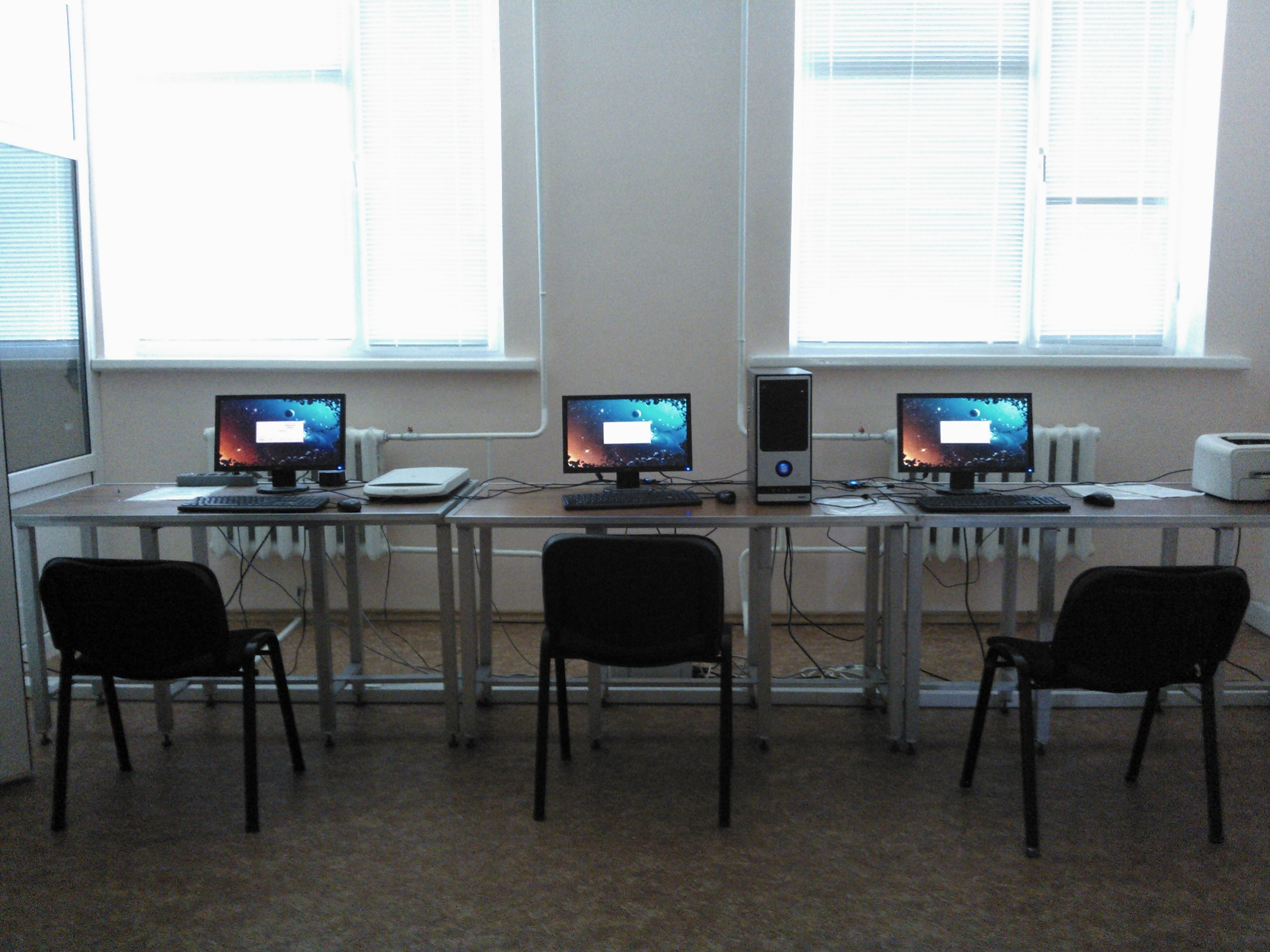 The main MAO server hosts MAO website, ftp-server, the gateway to the MAO local network. This server provides the access to the user's local data from any computer both from the local network and from the outside. LDAP- and DNS- servers are running on MAOLING as well.

The OBERON is used for various computational tasks due to its performance. The mirror of the NASA Astrophysics Data System is located on this PC as well.


CLUSTER OF THE MAIN ASTRONOMICAL OBSERVATORY OF NASU

The high-performance computing GRAPE/GRID cluster was set in operation in the Main Astronomical Observatory in 2007 due to the financial support of the National Academy of Sciences of Ukraine. The basic computational element of the cluster consisted of the 9 Grape6-BLX64 cards and provided about 1 Tflops floating point operations for parallel tasks such as dynamic simulation of the evolution of galaxies, galactic nuclei and star clusters. 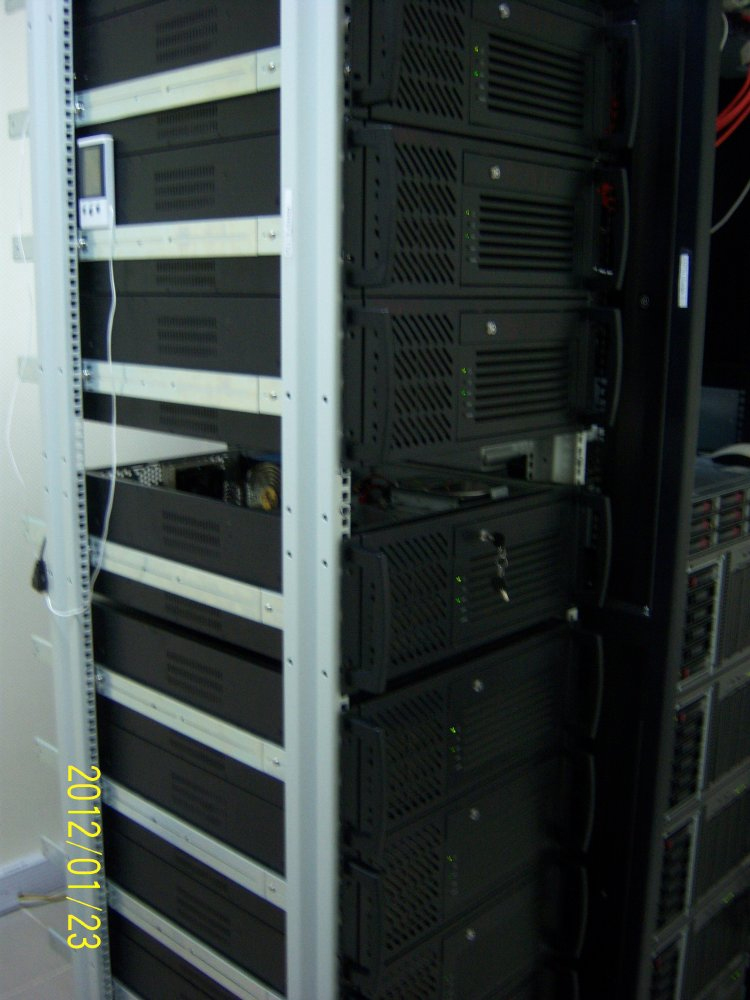 In 2013 cluster was equipped by 16 GPU GeForce GTX 660 cards which provide 3-times higher performance for astrophysical tasks compared with GeForce 8800 GTS 512. Currently, the cluster is heterogeneous and consists of 8+3 computing nodes and one manager node. The Gigabit ethernet network is used for communication. Total number of computing cores is 88. The storage system includes the disk array of 5 Tb capacity, where users home directories are located, and RaidZ array of 7.1 Tb.

The Debian GNU/Linux 7.0 distribution which is the one of the Linux based (free and open source software) operating systems is installed in the cluster.

The queues listed below are available for cluster users: cpu_8x6, gpu_2. The queue grid is used for computations through GRID environment. Immediate task running in this queue is prohibited.

The software package CUDA SDK (version 5.5) is installed on the cluster to perform computations using GPU. It allows one to run software that uses CUDA technology and OpenCL.

The cluster of the MAO of NASU is a part of the Ukrainian Academic GRID segment. The GRID middleware Nordugrid ARC 5.0.4 is installed on the cluster.p>

Members of the virtual organizations have an opportunity to carry out their tasks on the cluster:

To ensure the efficient operation of the cluster on GRID the runtime-environment is installed. It supports virtual organizations moldyngrid and virgo_ua:

Using of the computing cluster is free for staff of the MAO and other research institutions under the following agreements: user submits an application and accepts the user rules.

Monitoring of the cluster:

Any questions of cluster send to: golowood-admin(at)mao.kiev.ua.

In 2011 the computing resources of the MAO have been increased by two test nodes based on processors Intel Core i5-2500K CPU (3.30 GHz), 16 Gb RAM. This upgrade became possible due to financial support from the National Academy of Sciences of Ukraine. At the beginning of 2017 one of the new nodes is equipped with a graphics accelerator Nvidia GeForce GTX Titan, and the other − Nvidia GeForce GTX 1080.

To put the task to perform, user ought to prepare an executable script or run a task online. First, task is compiled, then put to a queue using the qsub programme (man qsub).

Example of how to run a serial task:

b) using a script:
user makes a script to run a task run.sh:

(be sure to specify the option -V).

To compile and run parallel tasks on the cluster user can use the GNU or Intel compilers. To choose a compiler use commandsmpi-selector and mpi-selector-menu.

To see a list of available MPI implementations use the command:

To find the version of MPI user should type:

To change MPI implementation user should use the command:

"u" and "s" modifiers can be added to numeric and "U"
commands to specify "user" or "system-wide".

"u" and "s" modifiers can be added to numeric and "U"
commands to specify "user" or "system-wide".

mpi-selector-menu changes system variables PATH and MANPATH only the next time the user logs in the shell. Therefore, after the command mpi-selector-menu user should to run bash -l or open a new shell.

Example of how to run parallel programmes:

User compiles a programme, which is written using MPI library:

Startup script for task running has been prepared run-mpi.sh:

To define a queue for task execution user should add the line to his script:

The cpu_8x6 queue is designed to run CPU tasks, gpu_1 and gpu_2 queues − for GPU tasks.

To run script user should type:

(be sure to specify the option -V).

In this case, the task is running on 8 CPU that is indicated by the parameter -n 8 of the mpiexec programme and the parameter #PBS -l nodes=8.

Options in the PBS script:

-m: send e-mail message when the task starts and ends or if the task is removed by batch-system.

-N: the name of the task in the batch system.

User can check the task status in a queue by the command:

(for the details − man qstat).